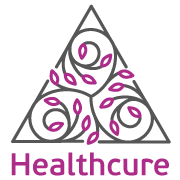 Posted at 15:09h in CHINESE MEDICINE by spyros magganiotis

In Chinese medicine acupuncture is one of the tools that help to harmonize the body’s energy and spirit.

The needles are made of surgical steel and they are especially thin (0.25mm). Inserted into a selected part of the skin, they have to be treated based on diagnostic findings and usually remain in place for 40 minutes.

Each acupuncture point has a name that describes either its anatomical position or its functional activity. The points are grouped according to their common properties and functions and are arranged in rows called “channels” ‘or “meridians”*

Prior to treatment, the acupuncturist examines the root of the disease (the cause), the mechanism, the signs and symptoms of the disease. A practitioner of Chinese medicine draws on four diagnostic tools (looking at you, hearing /smelling, asking, and touching), to determine the location and nature of the disease (inner-outer, cold-warm, hyperbole-deficiency, Yin-Yang) and to uncover the underlying causes of the disease, the mechanism and the level of its manifestation, as well as to distinguish the syndrome at the root of its imbalance.

Then the therapist formulates the baseline of the therapy, selects the channels and points required, and applies the treatment with the needles.

However in some cases, where a symptom is particularly severe, the acupuncturist may choose to alleviate it, without neglecting in the end to correct the deeper imbalance.

*According to the theory of Chinese medicine there are 12 main channels and heir “branches,” eg.:
– 12 divergent channels (which create 6-channel pairs),
– 15 connection channels,
– and also 8 extraordinary channels.

These are mixed and exchanged between themselves as convergent and divergent rivers.

This channel system has been compared to the movement of water in a river network, which is constantly fed by lakes (in this case the “organs” of the body). Moreover, the channels connect the organs and deep levels of the body to the surface, with the four ends, with the head and the front and the rear part of a unified whole.